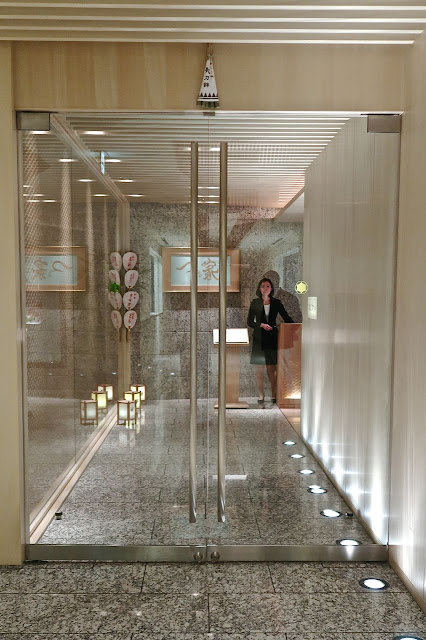 Kyoto Tsuruya at the Peninsula Tokyo is sister to the famous, three Michelin Star Kyoto restaurant, which over the last century has served diners from around the world intrigued by Kaiseki cuisine. Kaiseki is the embodiment of "omotenashi," which means wholehearted hospitality. Its central tenet is to convey respect, making guests feel special and at ease, which means chefs strive for excellence in every detail. The 500 year-old cuisine is regarded as one of the highest forms of traditional culinary art in Japan, using only the freshest seasonal ingredients, taste, texture, appearance and colour are balanced to create a presentation that pleases all the senses. Tsuruya's clean and contemporary design by Nomura Koge uses light Japanese woods paired with stone and marble accents, perfectly complementing the nature-inspired philosophy of Kaiseki. Arriving for a special dinner, we sat at the restaurant's stone top tempura bar allowing us a front row seat to enjoy some of Japan's oldest and most loved cuisines. 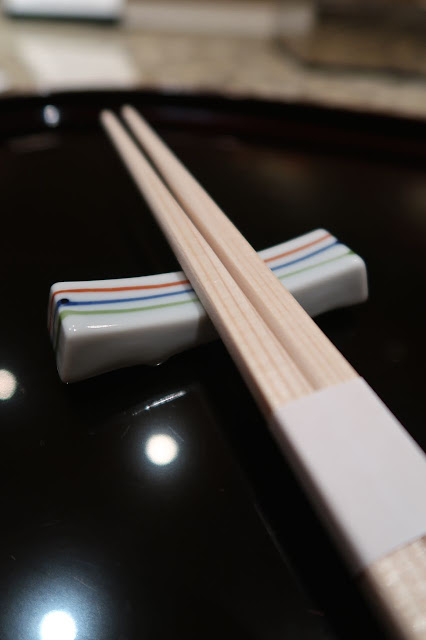 Chopsticks on a black lacquer tray with striped ceramic rest 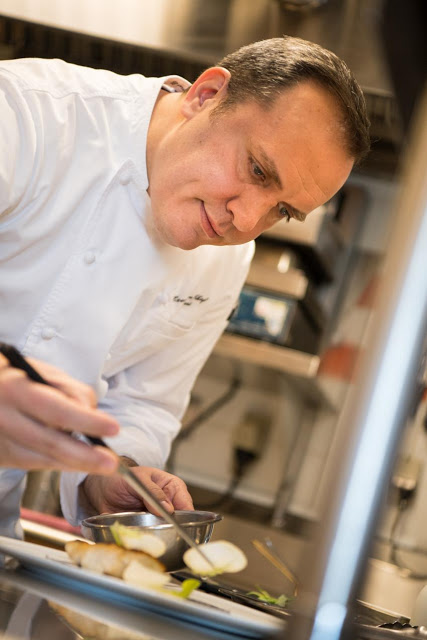 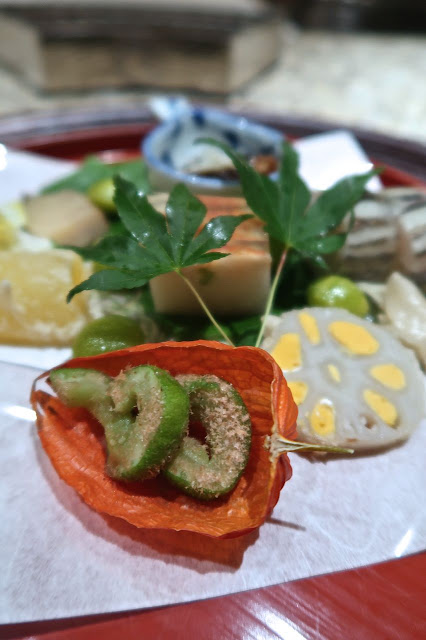 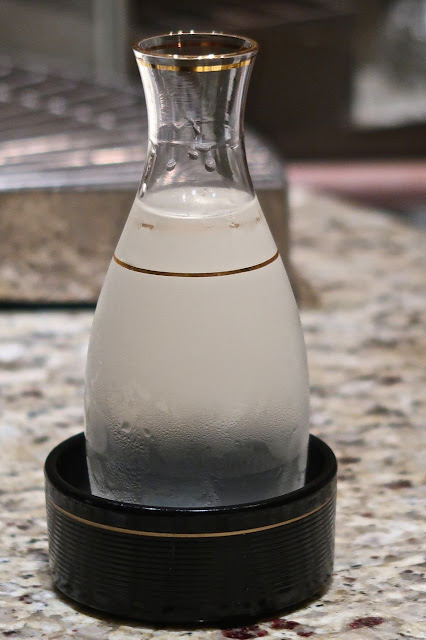 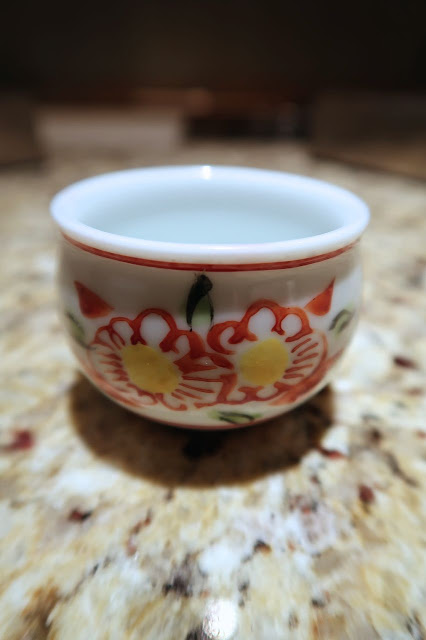 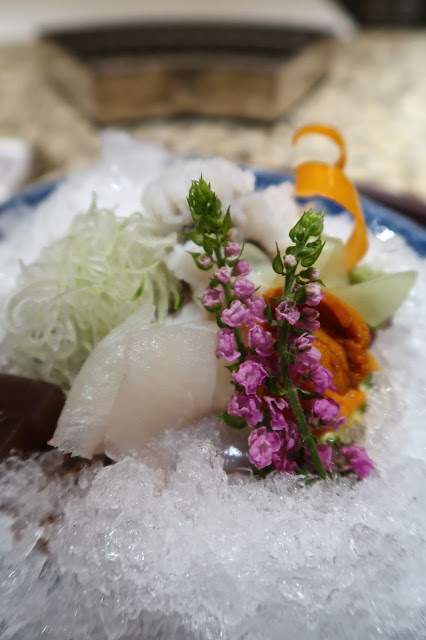 Selection of Sashimi with Shiso Blossoms 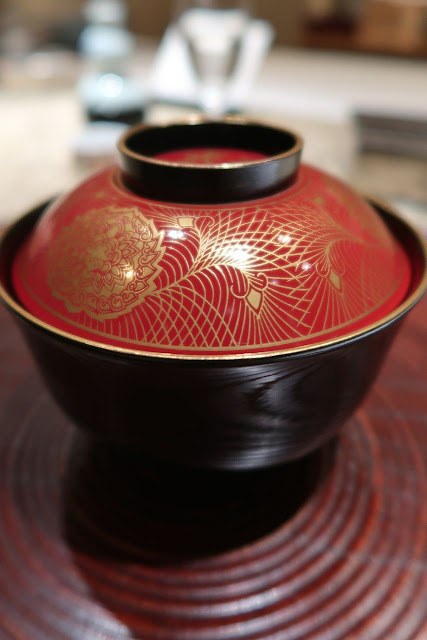 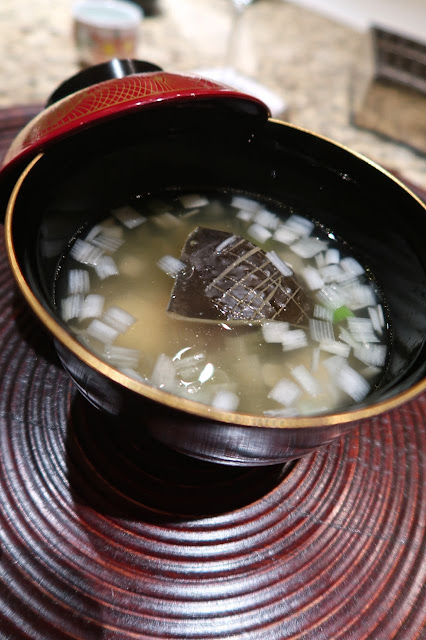 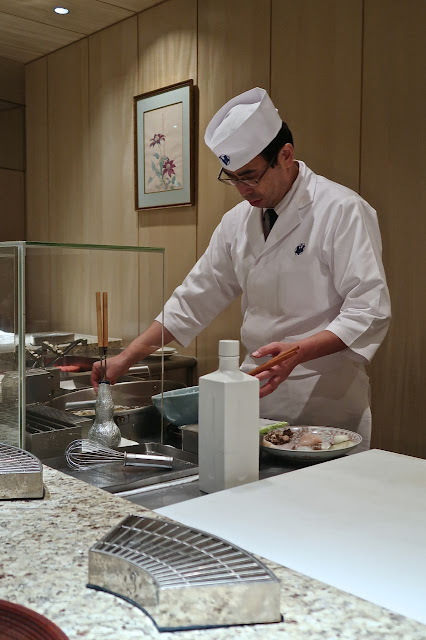 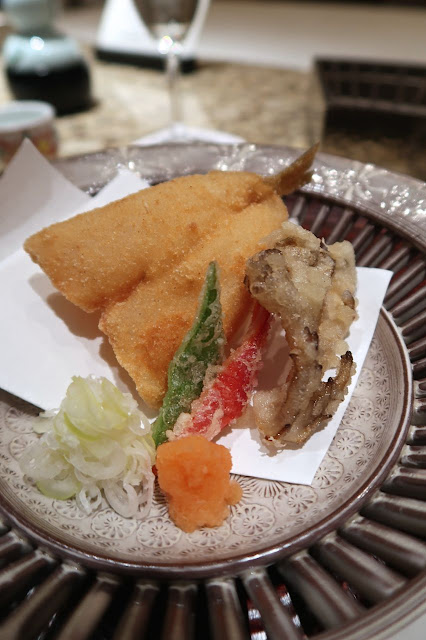 Tempura of fried Sillago, a Japanese fish belonging to the smelt-whiting family, as well as Maitake Mushrooms and Peppers 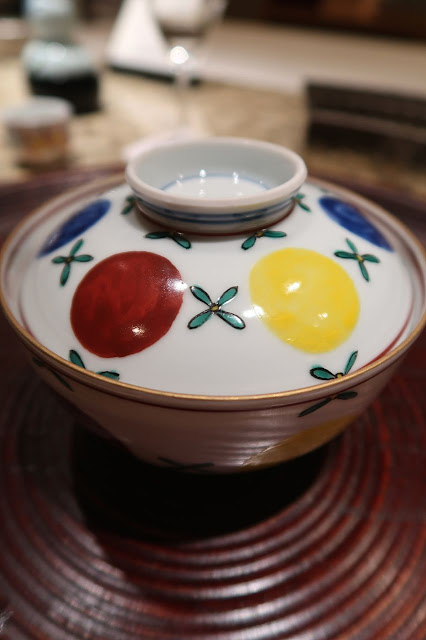 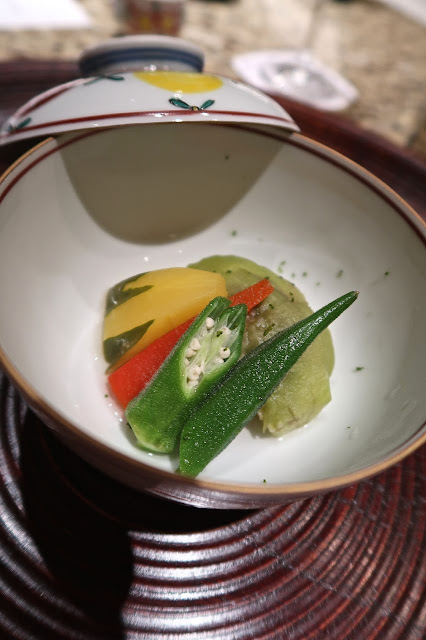 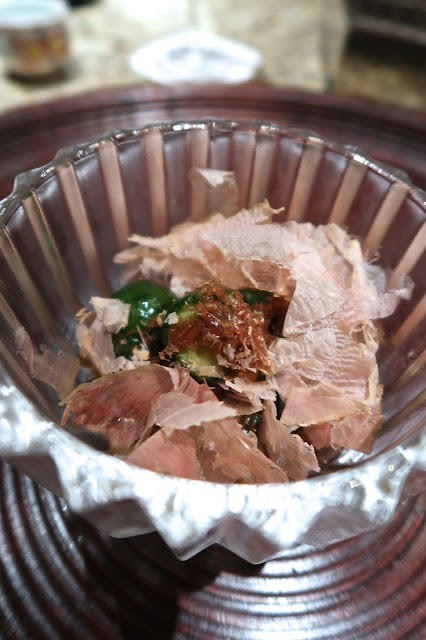 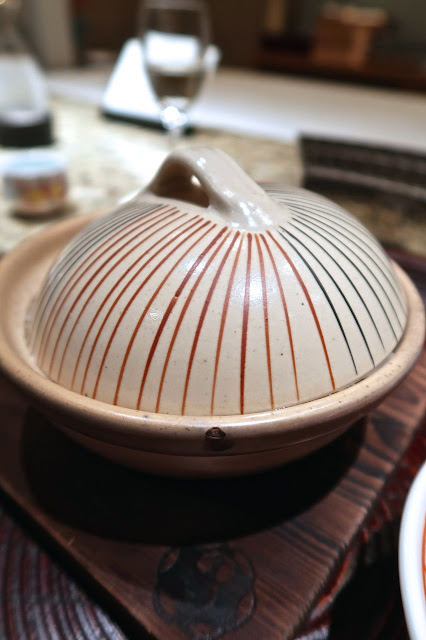 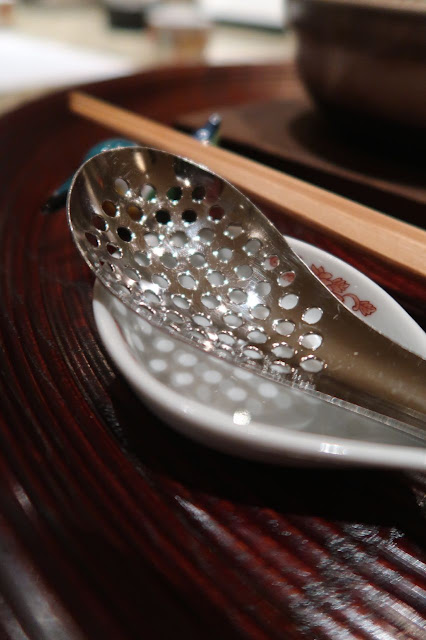 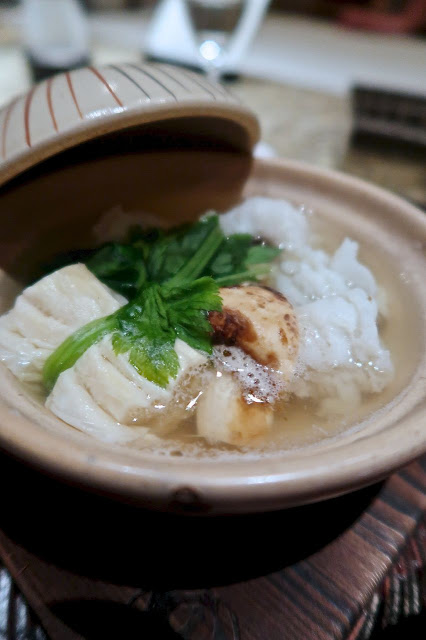 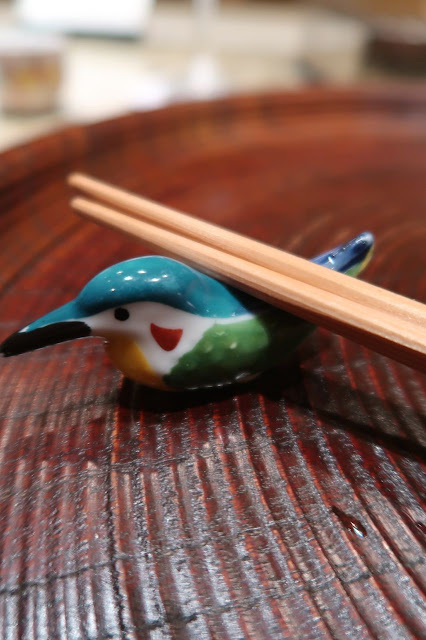 New little birdie chopstick rest for the next set of dishes 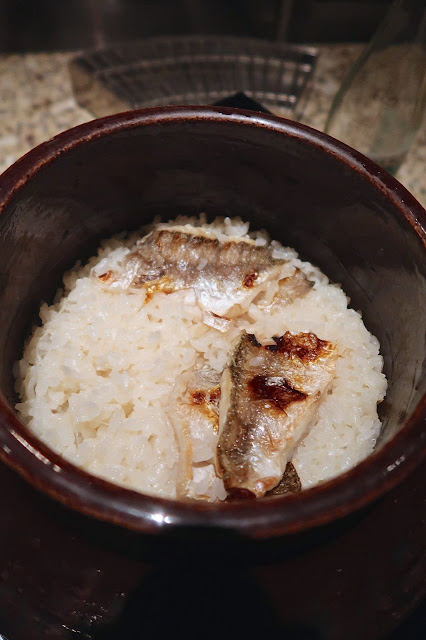 Steamed rice with Grilled Sphyraenidae, a variety of Japanese Barracuda 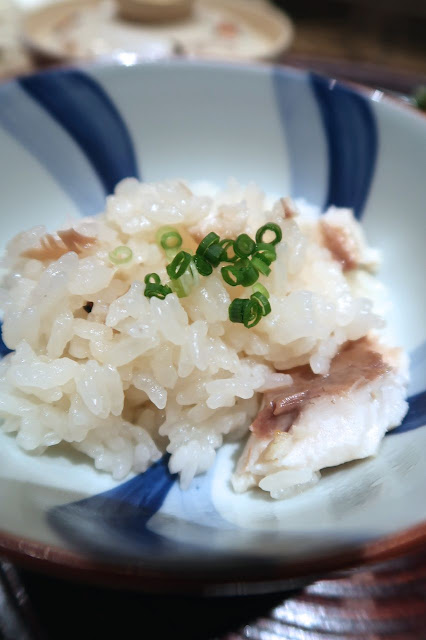 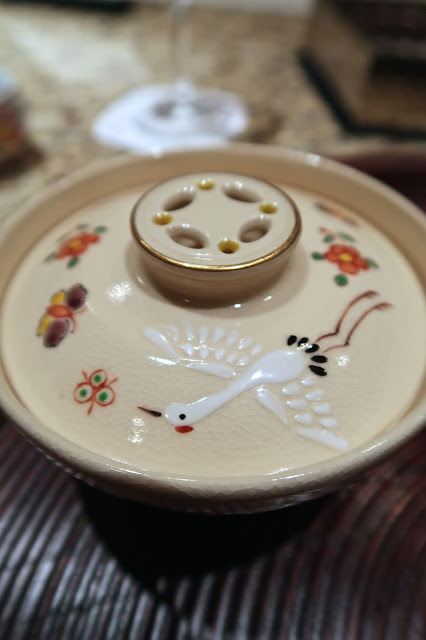 In Japan, the crane is a mystical creature and is believed to live for a thousand years, and represents good fortune and longevity - it is also known as the “bird of happiness” 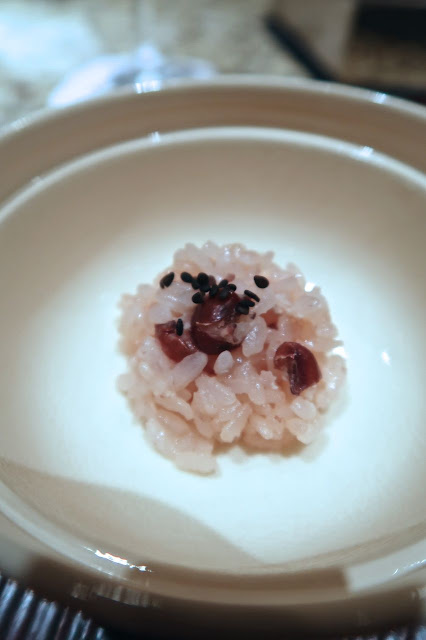 Sekihan is a Japanese traditional dish of sticky rice steamed with adzuki beans and is used for celebrations because of its red colour, a symbol of happiness in Japan 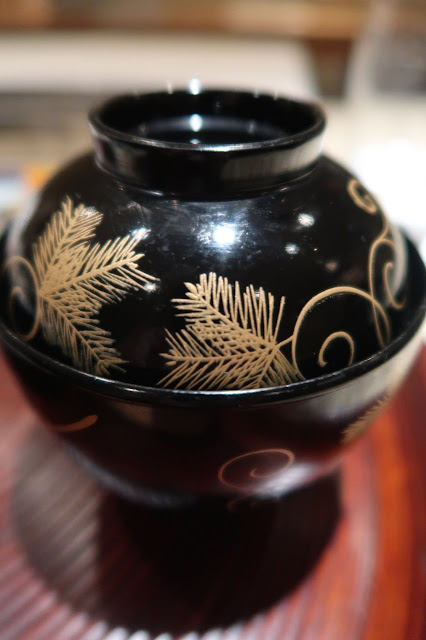 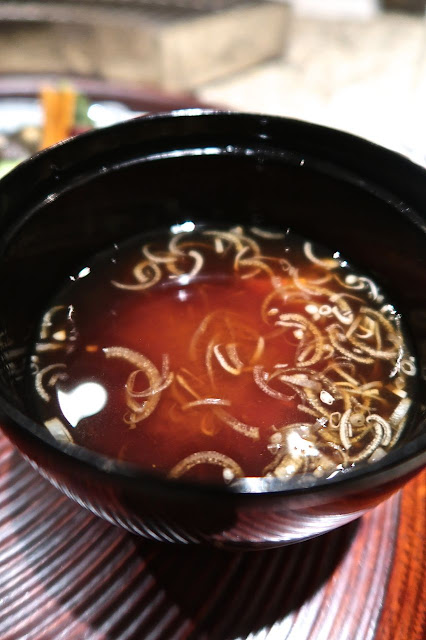 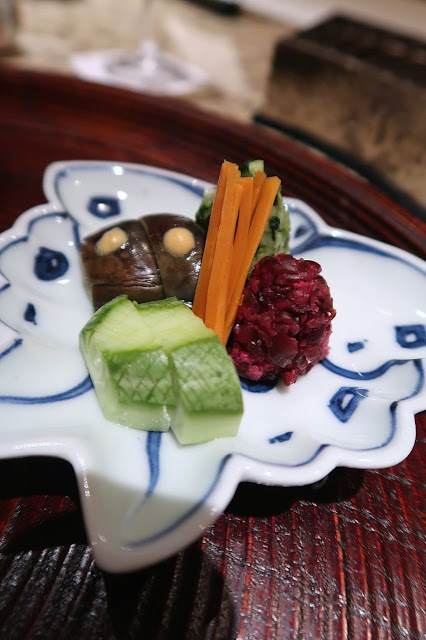 Along with rice and miso soup, pickles frequently accompany meals in Japan. such as this Tsukemono of pickled eggplant, cucumber, beet and zucchini 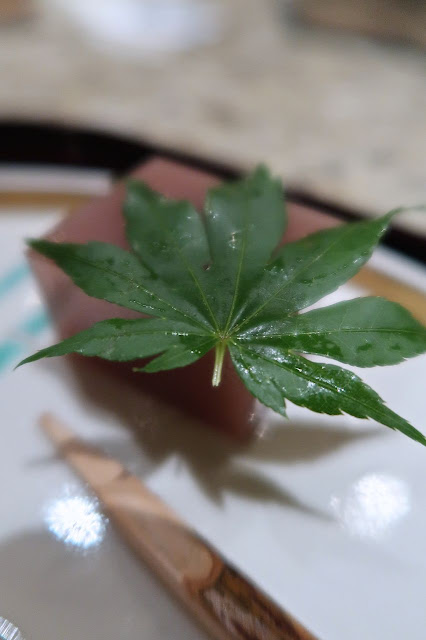 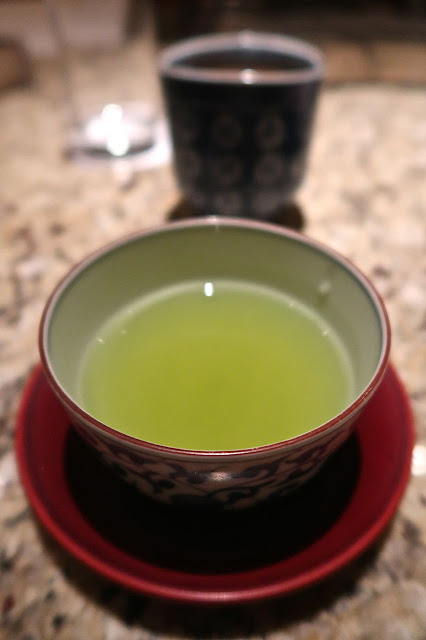