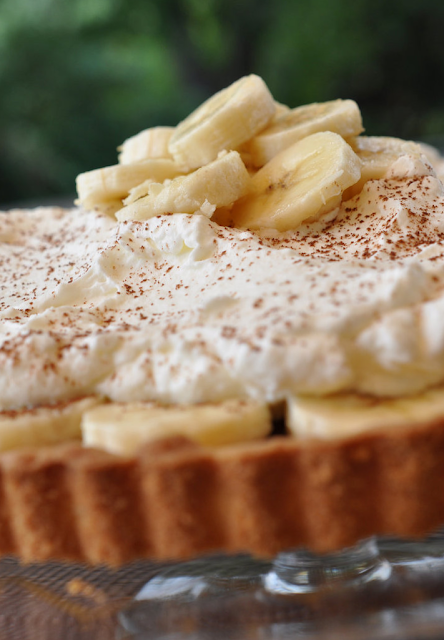 As the story goes, Ian Dowding and Nigel Mackenzie are credited with the 'invention' of Banoffi Pie, which they first served at their award-winning Sussex gastropub The Hungry Monk restaurant in Jevington, East Sussex. Developed in 1972, the dessert was inspired by an American dish known as Blum’s Coffee Toffee Pie, which consisted of smooth toffee topped with coffee-flavoured whipped cream. Dowding adapted the recipe to instead use a soft caramel toffee created by boiling a can of condensed milk, and worked with Mackenzie to add a layer of bananas, calling the dish “Banoffi” — a blend of the words 'banana' and 'toffee'. It was an immediate success, proving so popular with their customers that they couldn’t take it off the menu. 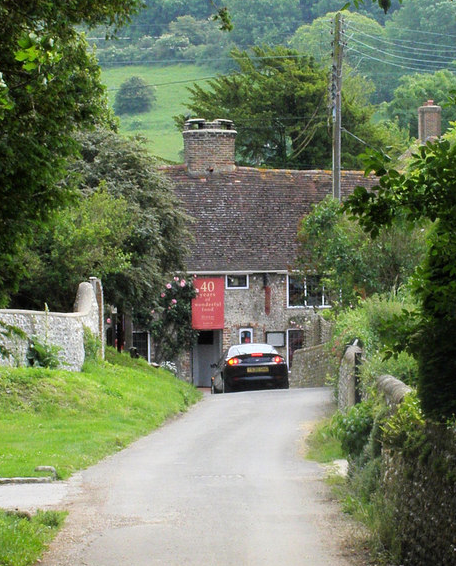 
The restaurant, originally four monks’ cottages, was built in the 14th century and combined into one building at some point. Unfortunately, The Hungry Monk closed its doors for the last time in January 2012 due to increased running costs, but not before Mackenzie erected a blue plaque on the front of The Hungry Monk confirming it as the birthplace of the world's favourite pudding. 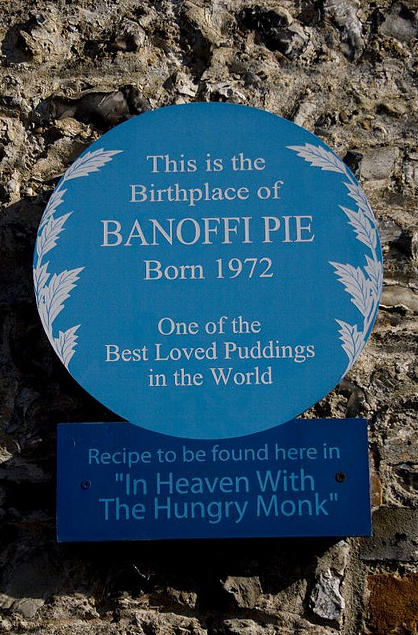 Most famous as the birthplace of the original recipe for Banoffi Pie back in 1972,
the much loved The Hungry Monk, cited economic pressures for its closure earlier this year

The restaurant published a number of cookbooks, but the original recipe for Banoffi Pie first appeared in The Deeper Secrets of the Hungry Monk, which is now sadly out of print. However it was reprinted again in their later cookbook, In Heaven with the Hungry Monk, which is still available on Amazon. Since then, Ian Dowding has put his original recipe online because he's pedantic about the correct version, and says that his pet peeves are biscuit crumb bases and "that horrible cream in aerosol cans". 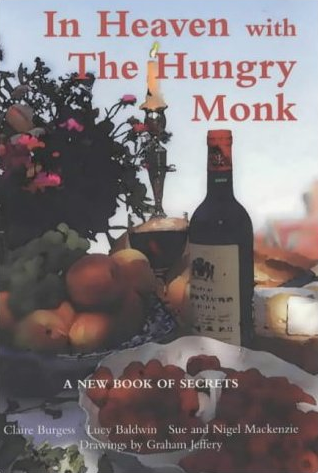 Dowding's original recipe called for boiling the cans of condensed milk, however there was always a danger of the tins exploding if the water ran dry. Funnily enough, a friend of mine, who initially introduced me to Banoffi Pie, once left the tins unattended in boiling water while she went out for a round of golf. When she returned, the water had boiled dry and the tins had exploded, painting her kitchen with caramelized toffee! Dowding has since amended his original recipe with a much safer oven-cooking method. 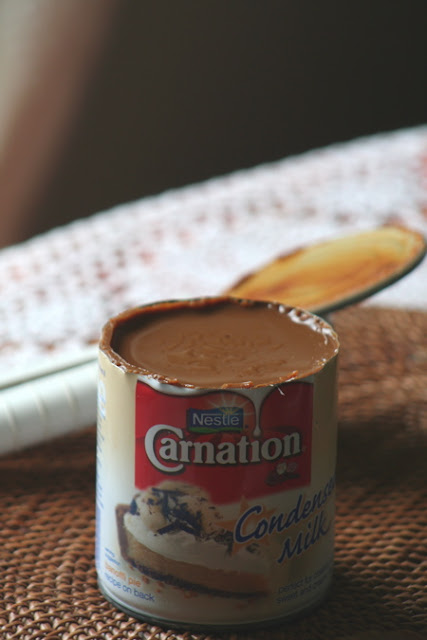 The secret to Banoffi Pie is condensed milk, which cooks down to a
creamy smooth toffee, also known as Dulce de Leche

If you're just discovering Banoffi Pie, you're in for a treat. The decadent combination of buttery crisp shortbread pie crust, Dulce de Leche toffee and slices of sweet bananas, all covered with lashings of whipped cream, is rumoured to have been one of Margaret Thatcher's favourite puddings and also among the more popular treats served at Buckingham Palace.

For the pastry, place the flour and sugar in a bowl, cut the butter into cubes and then rub the mixture together until it resembles fine bread crumbs. Work the egg into the dough to form a paste, then cover and chill for half an hour. Preheat the oven to 400°F.

When ready, lightly grease a 10-inch x 1 1/2-inch deep loose bottomed tart tin, and line with the pastry thinly rolled out. Prick the base all over with a fork, line with parchment paper and weigh down with dry beans. Bake for 15 minutes then remove the beans and parchment. Put the pastry case back into the oven and cook until its evenly golden. Remove from the oven and cool.

To compose the pie, carefully spread the toffee over the cooked pastry, then top with peeled and sliced bananas. Whip the cream, sugar and instant coffee granules, until thick and smooth. To finish, spoon the cream over the bananas, up to the edge of the pastry, then lightly sprinkle with freshly ground coffee, and garnish with some sliced bananas on top, just before serving.

COOK'S NOTE: The caramel-toffee sauce is a great addition to many dishes such as ice-cream and poached pears. 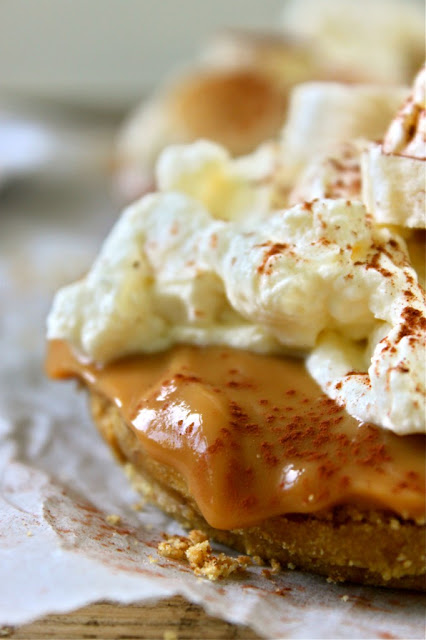 For the base, crush the digestive biscuits or graham crackers and mix it with melted butter in a food processor. Using the back of a spoon, press the mixture into 6 pre-greased mini loose-bottomed tart tins. Chill the crust in the refrigerator for at least one hour.

Meanwhile, whip the cream until it’s stiff, then fold in the sliced bananas or save them to be layered under the cream, once the tarts are composed. Spread a layer of toffee sauce on top of the crust and top with the banana cream, or one layer of bananas, then topped with the cream. Sprinkle with cocoa or dark chocolate shavings and serve with an additional drizzle of toffee on top, for a final flourish!